“A man of many companions may come to ruin,
but there is a friend who sticks closer than a brother.”

Rage. I hadn’t experienced much of it in my life, so I was taken off guard when a heavy dose hit my bloodstream and mixed with the already-circulating confusion and disillusion. My church had just split. I publicly wept for the first time since I was a toddler. But the tears were more from embittered anger than from sadness. I was furious at my pastor for his sin. I was furious at the people from the church who followed him in spite of his sin. I was furious because it seemed like everything I had come to believe about our church was a lie. In the years since, I’ve come to recognize my own culpability in the situation… But that night was the only time in my life I’ve ever been ashamed of being a Christian and the only time I’ve felt genuine disdain for Jesus’ bride, the church.

In the critical hours that followed, the Lord worked powerfully to preserve my faith. But He did so in an unexpected manner – my lifeline didn’t come in the form of a theologically robust ecclesiology or by means of a profound prayer. Nope, that night the Lord kept me in the fold through my oldest and closest friend. In the midst of my sinful bitterness, only grace could keep me, and on that day God’s grace showed up in Shawnn Carlson. And Shawnn overpowered my rage in a way that only he could – by making me laugh.

By the time of the fateful church split, we were more brothers than friends.

Forged through countless family camping trips, Bible studies, Looney Toons episodes, sledding parties, worship team rehearsals, trips to Silverwood, and Lost in the 50’s parades, our friendship was already rare. Even as teenagers, we enjoyed over a decade of shared history and memories, and had already laid the groundwork for what will be a rich lifelong friendship. Here are a few highlights: 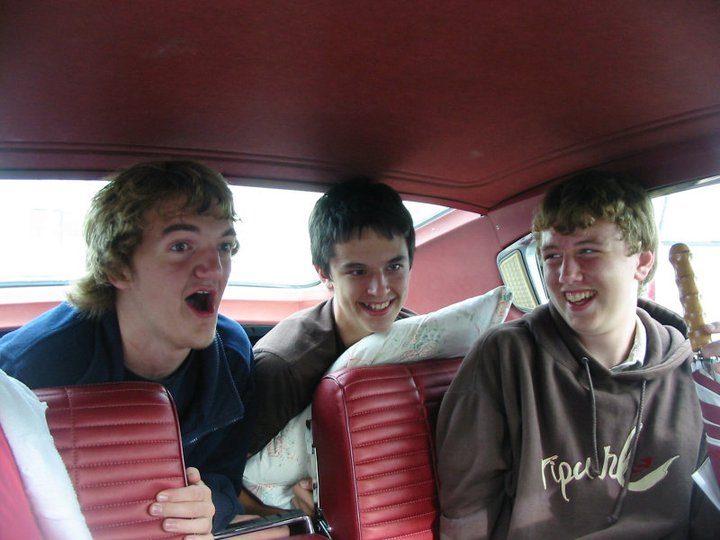 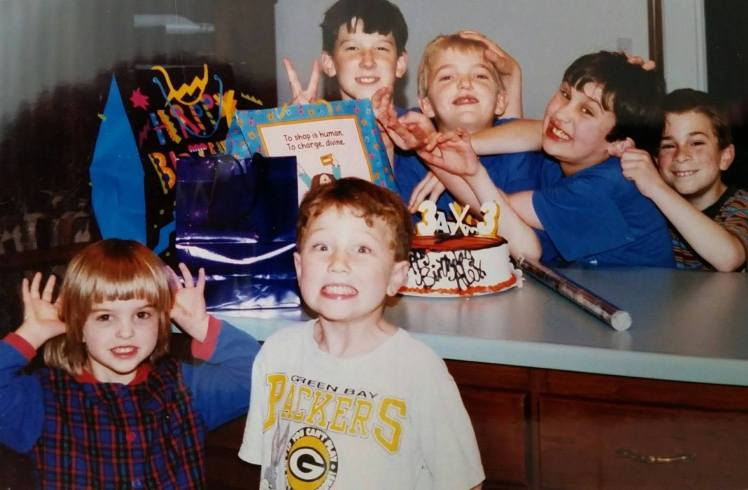 It All Started with a Septic Tank

When I was five, my family had just moved from Colorado Springs to Sandpoint, Idaho. We had no friends, no family, no church, no business connections – it was just the four of us, making a new life. As we set up our new home in a doublewide trailer, my parents arranged to have a septic tank delivered. A fellow named Dave delivered the tank, and my parents took note of his courteousness and professionalism. We ended up attending Dave’s church, and it wasn’t long before our families were spending lots of time together. That’s how I first met Dave’s son, Shawnn. Thus a lifelong friendship was conceived through the delivery of a septic tank.

In first grade, I dressed up as Paul Bunyan for Reformation Day, and attempted to “chop down” a bee’s nest, which said bees weren’t particularly fond of. Within a matter of moments I had bee lined it to the house (get it?!?), with the full swarm right behind me. Mom was changing my sister’s diaper, increasing the chaos even more. Overwhelmed, mom needed help to know what to do. Where did we go? To Shawnn’s house, where his mom quickly helped corral us to a doctor.

“Hey Grandma! That’s an awfully big nose for you … TO HAVE!” I cannot remember a time when Shawnn wasn’t quoting some pop culture reference perfectly. Whether it was drawn from an Orbit gum commercial or lifted straight out of a pivotal moment of Lord of the Rings, he has always split my sides with his sense of humor. At that time, of course, I had no idea that his ability to make me laugh would one day serve to keep me from abandoning the faith.

Of Pears and Police

I’m not sure what takes place in mind of teenage boys, leading them to come to the conclusion that chucking pears at cars passing on the highway is a good idea. But that’s exactly what happened when I went camping with Shawnn’s family during one of his soccer tournaments in central Idaho. Predictably, a car was eventually hit. Even more predictably, the driver wasn’t particularly pleased. So she gave Shawnn a good scolding (being the man of valor that I am, I stayed hidden behind a bush). Embarrassed and ashamed, we went for a bike ride and discussed our stupidity, vowing never to do such a thing again. When we arrived back at the campsite, Shawnn’s parents were waiting – and they looked even LESS pleased than the driver had. While we were away debriefing, the police had received a call about two hooligans throwing fruit at cars and had questioned Shawnn’s parents. I’m not sure we’ve ever experienced more guilt than we did that night. 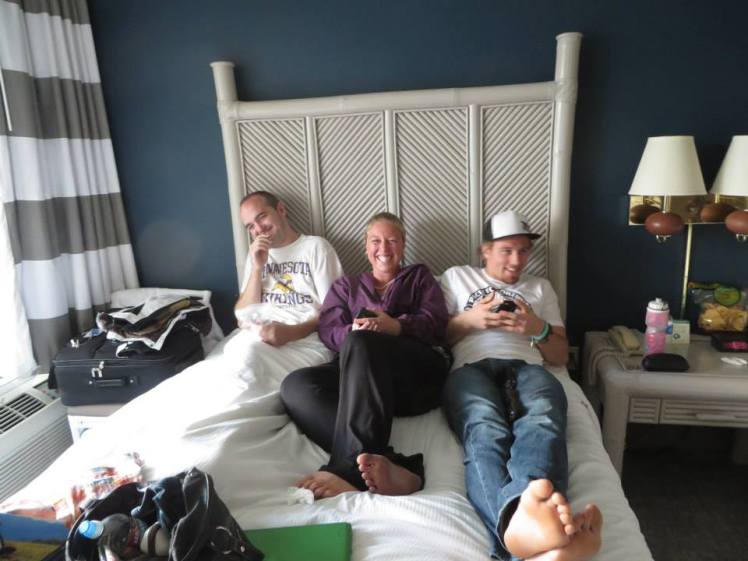 I’ll keep this one brief. I got a girlfriend. I was a jerk to her and to all my friends. Shawnn was affected most. He forgave me (and more importantly, offered me a bowl of cereal) when I came crawling back.

Given the context of our friendship and our shared perspective on the doo-doo storm at church, there was nowhere else I would (or could) go after the congregational blow-up. My life had typically been pretty free of drama, but I had jumped all the way into the kerfuffle involving the church’s pastor. Somehow Shawnn (and his parents) had maintained composure and kept level heads. Even that very night, I remember feeling more hatred for that pastor than I’ve ever experienced toward anyone, and Shawnn’s dad prayed for him instead.

Over dinner, when my emotions had calmed down a bit, it happened. I don’t remember what Shawnn said. I don’t remember why he said it. All I know is that it had nothing to do with anything, and that it made me laugh. Genuine shared laughter with a friend is one of the most powerful forces in the world, and those few seconds demonstrated to me truths that superseded anything I’d later learn in seminary – that God’s goodness transcends the mire of church messiness; that His family will be there in your moments of greatest need (even if the need arose because of His family in the first place); that life is fraught with joy; that true friendships are of infinite value. That’s why he got the best “seat” in the house when Natalie and I were married FIVE YEARS AGO last week!

Growing up, Shawnn and I were occasionally criticized (sometimes rightly so) by our churchy friends for being too silly, for spending too much time playing video games, for not being serious enough. I’m glad that we have grown up a bit (believe it or not), that we spend less time in front of the television, and that we have more substantial conversations now. But my friendship with him has, and continues to reveal to me the unmatched impact of a lifelong friend and the influence of history-filled laughter. Just below the surface of the tossed frisbees, the inhaled water while snorkeling, and the mutually appreciated Dub’s slush floats, a profound and unbreakable bond is being formed. And when I needed it most, the person who has made me laugh more than anyone else on planet earth is the one God used to keep me in His hand.

One thought on “Closer than a Brother”